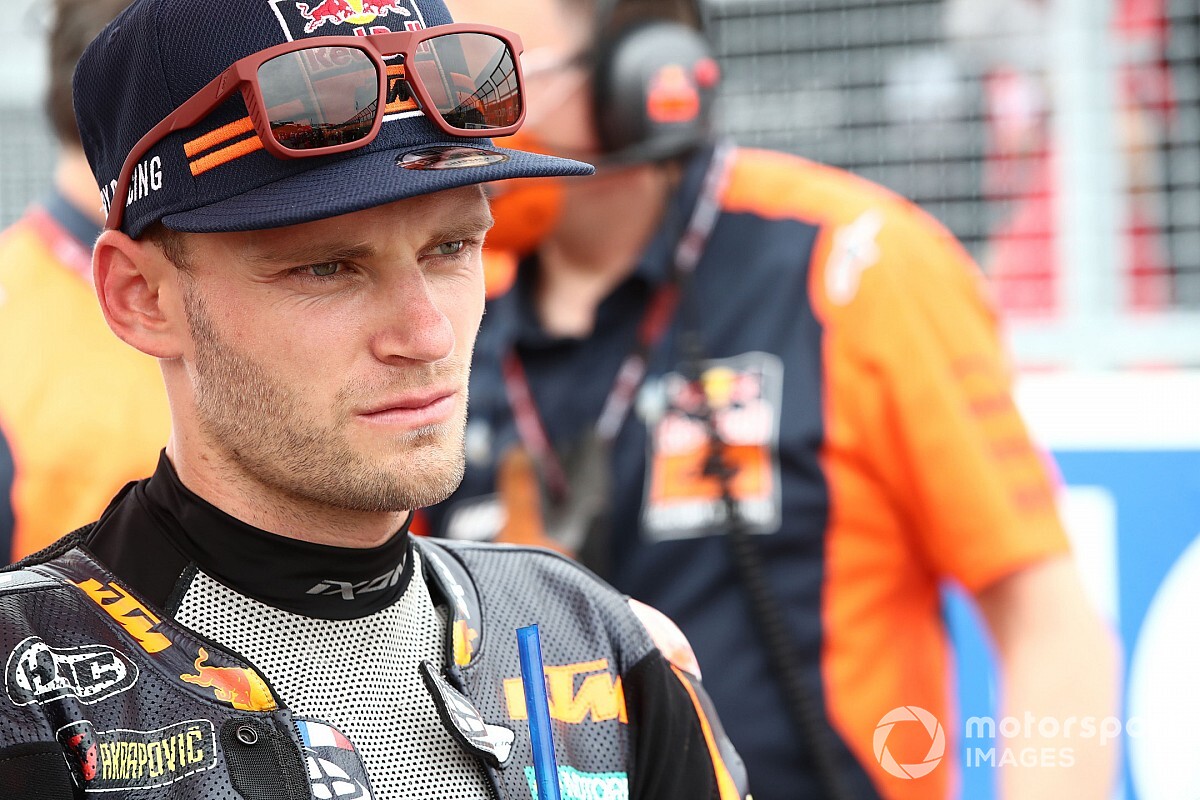 KTM scored just two top five results from the first five races in a difficult start to its 2021 campaign, with the marque nowhere near the form which took it to three races win in 2020.

However, the introduction of a new chassis for the Italian Grand Prix suddenly propelled KTM back to the front of the field, with Miguel Oliveira finishing second at Mugello before winning in Barcelona.

Oliveira challenged for victory again last Sunday in Germany but had to settle for second behind Marc Marquez, while Binder enjoyed his best result of the season in fourth having never previously raced at the Sachsenring on a MotoGP bike.

Binder believes KTM may not be at the level it is now had it not been for its tough start to the season, which has complicated its title tilt – with Oliveira 57 points down and Binder 75 away in the standings.

“Not at all,” Binder replied when asked if KTM’s current form made its start to the season hard to accept.

“For me, I think sometimes it takes the difficult days to… sometimes you need to get pulled back to go forward.

“I think without those tough times at the beginning of the year, maybe it was exactly what we needed to just find what we have at the moment.

“I know the guys work so incredibly hard. 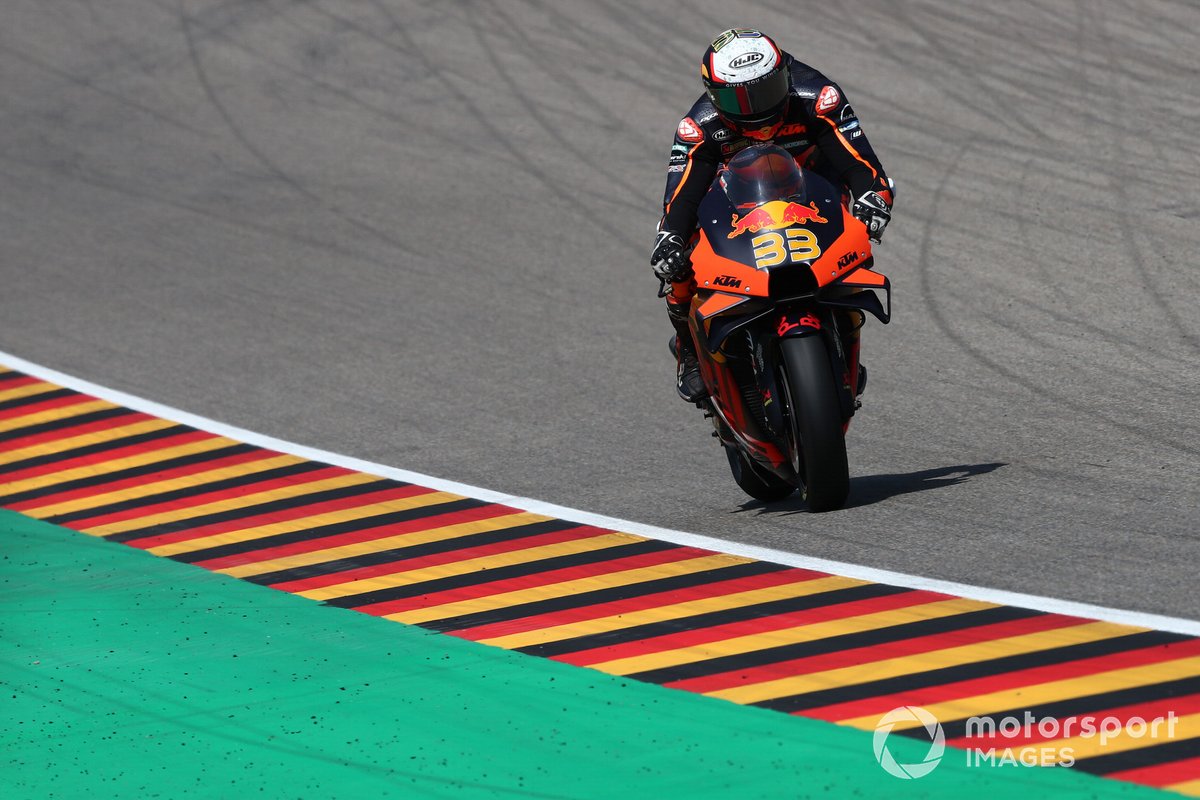 “We’re always having updates and small things to try, and they don’t like struggling either, so that’s the great thing.

“Now we can really see the bike’s performing much better and we’re much stronger each weekend, and also at very different circuits.

“So, really happy with the progress we’ve made.”

Oliveira said during the Germany weekend that the new chassis wasn’t a “game changer” for KTM and says KTM’s ability to understand how to extract the maximum from every detail of the RC16 has been key.

“Yes, I think that in the beginning of the championship we couldn’t really understand how to turn our situation around,” he said.

“Then we relied a lot on some parts that were coming from the test team and I think we did a very good group work.

“We worked with all four riders, also with Dani [Pedrosa] on the test team.

“He’s been like an outsider but helping a lot, giving very valuable inputs into the whole project.

“And it’s giving a little bit here and there, and in this tight category and tight grid if you are able to understand where you can extract the maximum of each detail, then you can make a step forward.

“I needed to finish races also because I showed some potential in a couple of races, but I couldn’t manage to finish.

“Since Mugello we’ve been able to make this little step and this step gave us the confirmation that we needed to continue like this.”